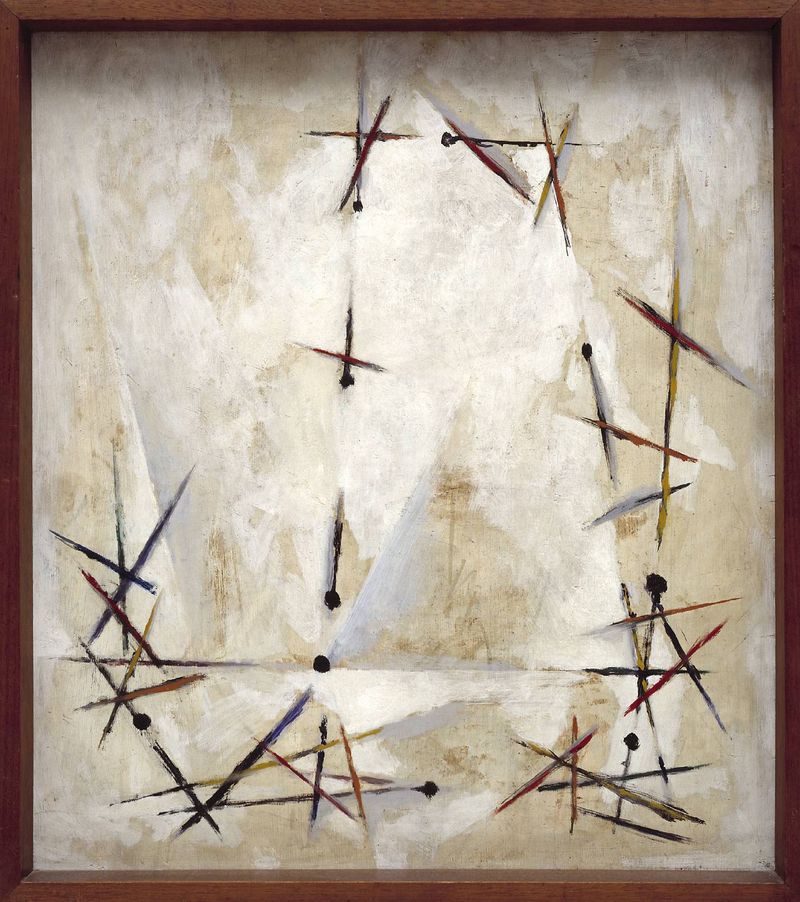 This painting was made while Hamilton was a student at the Slade School of Art and was inspired by D'Arcy Wentworth Thompson's influential book On Growth and Form (1917). Thompson believed that organic structures develop according to coherent, mathematical principles. Hamilton has constructed a spiral form according to the process of systematic increase. At each point in the spiral, another line is added, creating a pattern of increasingly complex forms. August 2004 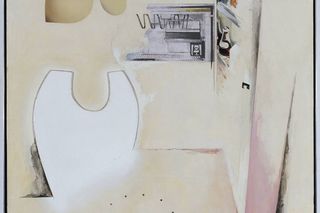 '$he' by Richard Hamilton 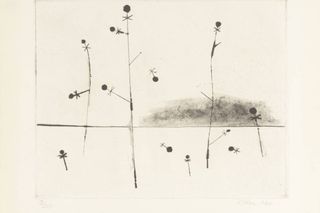